Other Bands on the Bill Self-Evident Buildings Shageki

A rare out-of-town show! The first stop on our tour of Minnesota and Wisconsin (a.k.a. Upstate Illinois) was a fun show featuring some great bands (Self-Evident, Buildings & Shageki) and lots of fun times. That evening we played at Sauce (3001 Lyndale Ave. S, Minneapolis, Minnesota).

Here are a bunch of photos from the tour. I will be providing a running commentary of the action. John keeps a pretty detailed private journal of most of the shows we play (on his shelf next to his dream journal/unicorn sticker collection), and I will do my best to live up to his standards: 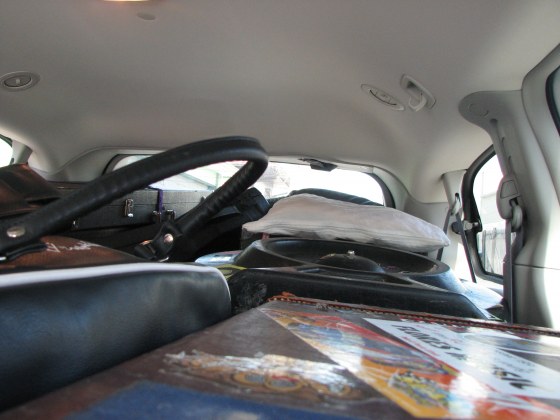 Our journey started on a promising note when I got a pretty good deal on a spacious rental van. Unfortunately, I failed to read my Google directions closely and went with the no-unlimted miles plan. Big mistake. Who'd a thought Minneapolis is more than 200 miles away? 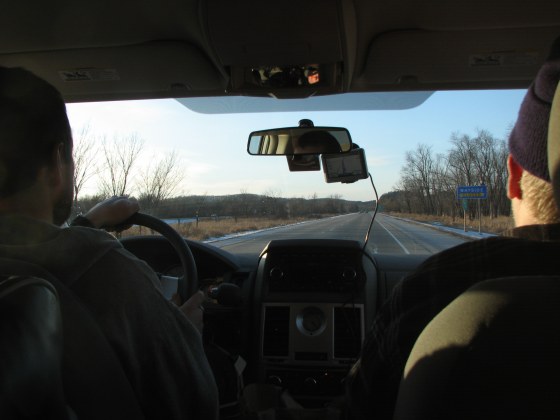 It's a long, long drive to Minnesota. There are lots of pretty hills and rock formations that only delay the realization that there are still two more hours of driving left. 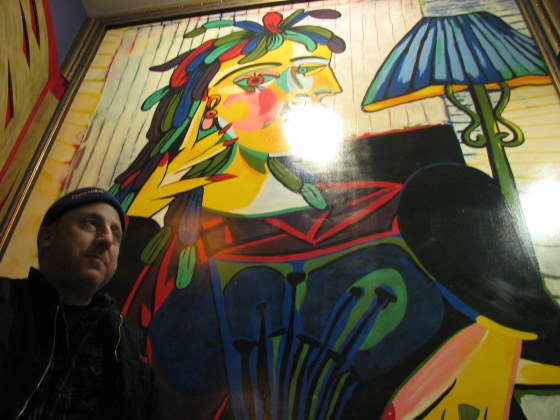 Tony waiting in the hallway where the bands keep their gear. 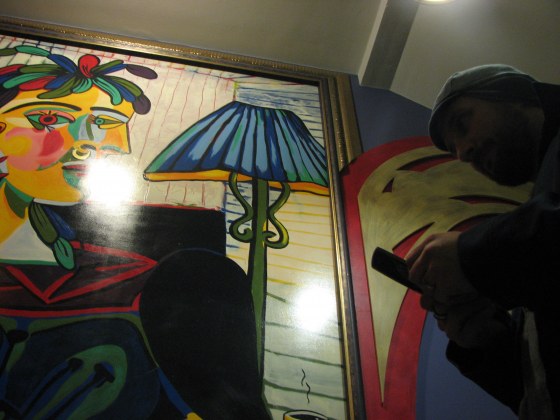 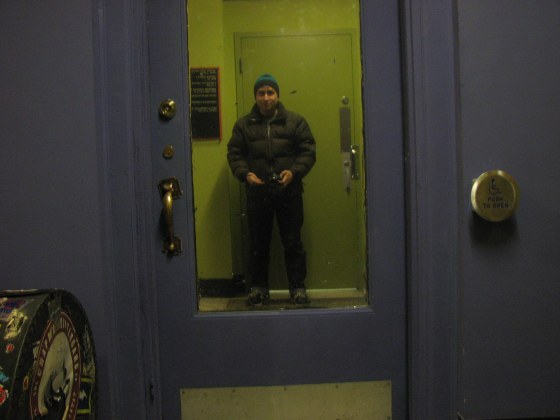 And finally, this is me in the very same room. Only, I am in a mirror and am balancing a camera on my crotch. 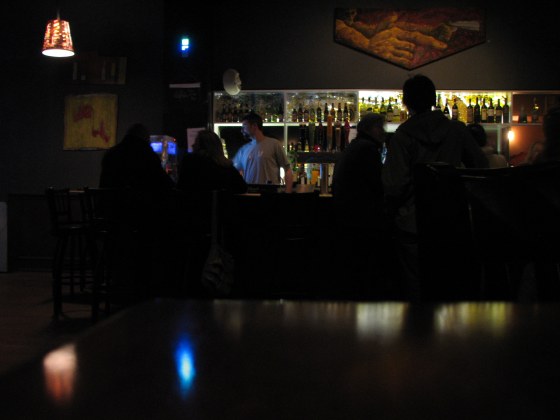 Here's the interior of the club. Sauce is a really nice venue to play in. There's a green room for the bands (which we didn't really utilize) and a very friendly staff. 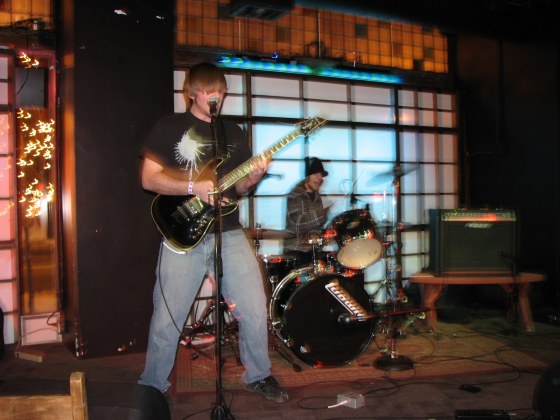 Shageki open the show. They are a local duo featuring guitar, drums and park bench. Apparently, they have been Self-Evident fans since their teen years, and now, in their early twenties, they have formed their own band. 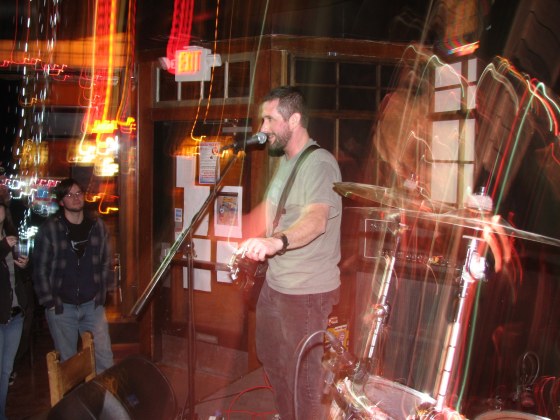 I attempted to snap a shot during "Squeal" but the digital camera's delay was too long. This was taken between songs. Despite some weird technical glitches, we manged to pull off a good show I think. 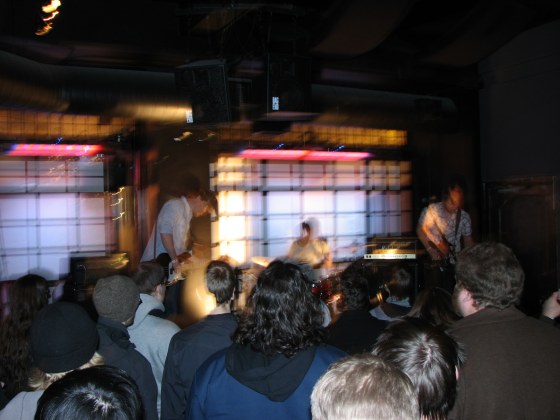 Up next was Buildings. The show was pretty crowded at this point and I didn't get any clearer pictures than this. Anyhow, they put on a good set for the ever-growing crowd. 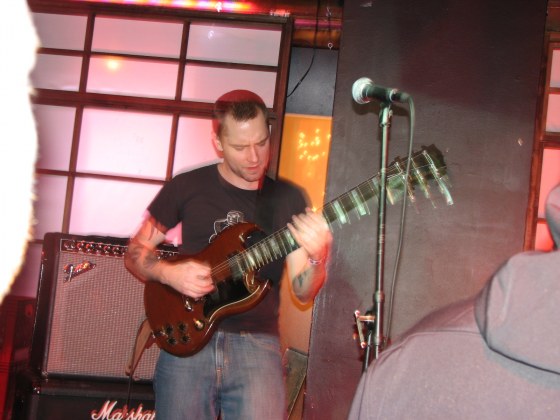 Self-Evident was headlining and they put on a great show as usual. Here's Conrad playing guitar. 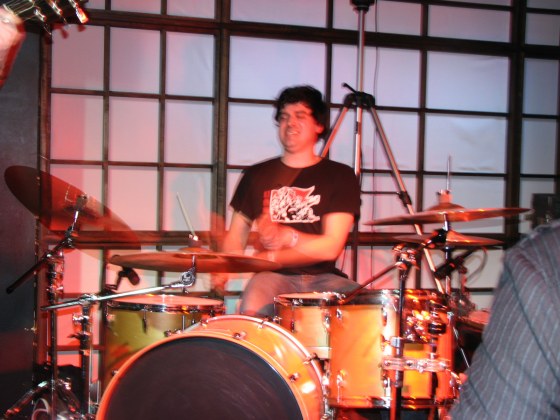 This is Ben playing drums for Self-Evident. 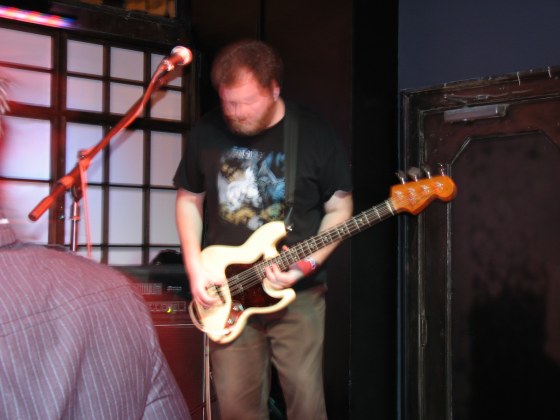 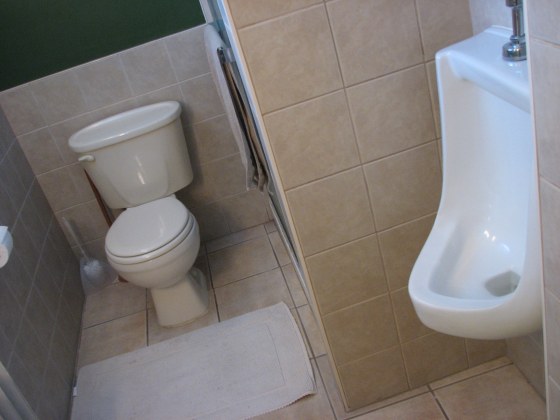 After waiting an epic amount of time for some sandwiches, we returned to Tom's house for the evening. Tom has a urinal in his downstairs basement. Oh, yeah. 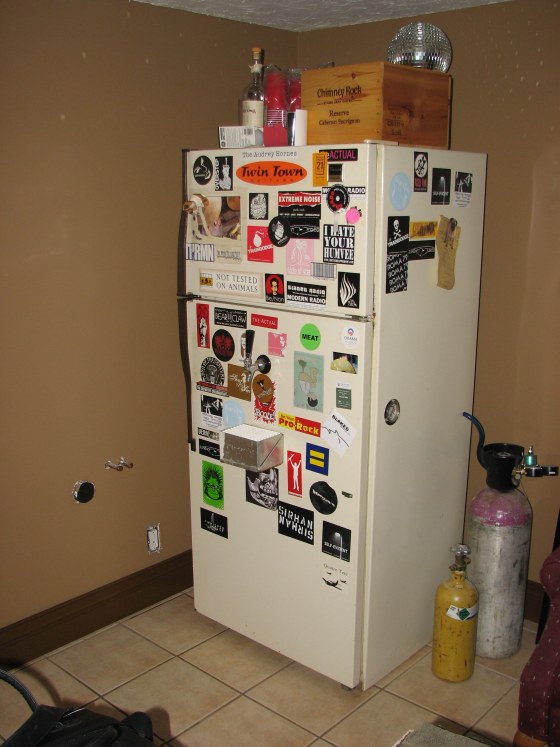 He also has the ultimate beer fridge, tapper and all. 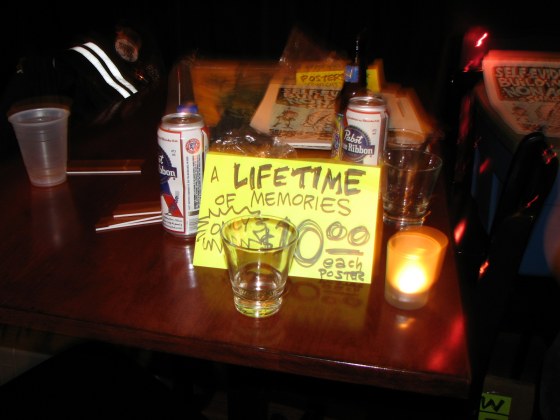 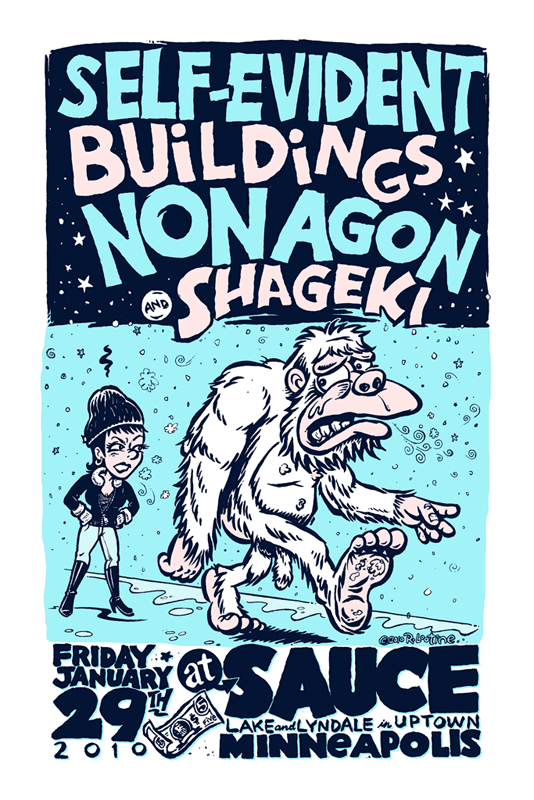 How exciting...touring. Getting a tour bus?

Thanks for coming out guys. Made this girls night one for the history books.

And thank you for coming out. We're glad you enjoyed it. Because we had a blast that night.