Other Bands on the Bill Buildings The Paver Deleter 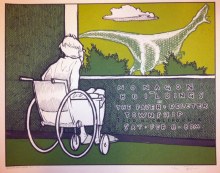 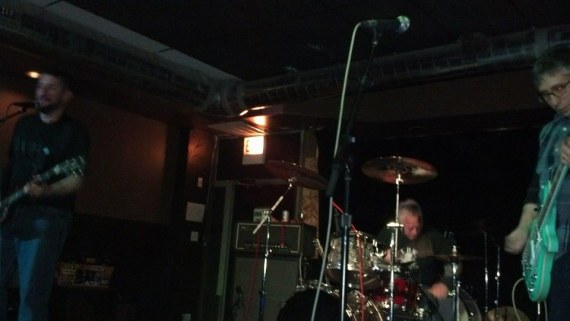 Formed in 2006, BUILDINGS is a (insert label) three piece from Minneapolis. Their music is loud, aggressive, and dynamic. Melt Cry Sleep is the band’s 2nd full-length, and the follow up to 2008’s self-released Braille Animal (recently reissued on doubleplusgood). Engineer, Jacques Wait (Off With Their Heads, Motion City Soundtrack) has perfectly reined in the band’s furious energy, allowing the 10 tightly wound tracks on Melt Cry Sleep room to breathe in contrast to their raw & visceral live sets. One might think from the blistering opener “Rainboat” that it’s all loud, fast rules, but BUILDINGS is deceptive in their songwriting. Often switching gears several times within a song, as evidenced on tracks “Born on a Bomb” and “Invocation”. New bassist Sayer Payne’s driving bass lines and Travis Kuhlman’s frantic drumming work in tandem to steer through the chaos on songs like “I Don’t Love My Dog Anymore” and “Night Cop. Combined with Brian Lake’s snarling vocals and eerie, atonal guitar on songs like “Wrong Cock” and the madness of closer, “Crystal City”, BUILDINGS never end where they began.

The Paver formed in 2008 as a bass, violin/synth, drums trio. In 2010, they added cello. The Paver is aggressive, mathy, arty, post-punk, post-rock. Perhaps the most fitting description of the complex songwriting is "Baroque-Core."

Skewed but catchy. Straight forward yet obtuse. Angry but thoughtful: Deleter's 8-song debut comes in the form of the 4-part "A/B" singles series being released digitally throughout the spring of 2013, physical release pending. When Knol Tate's (Askeleton, Killsadie, Hidden Chord) previous group Satellite Voices ended in 2012 he wanted to waste no time and to start something new straight away. Something in the vein of his former band but sleeker, simpler and meaner. Joined by former band mate Travis Collins (Satellite Voices, Spirit Of 76), drummer Josh McKay (Farewell Continental, Mourner) and guitarist Zach Roth they started what would become the loud, post punk inspired sound of Deleter.