Other Bands on the Bill The DNA Vibrators The Moonbuggy Kids

A evening of Tony reliving his college past and reuniting with old band mates in Carbondale.

Carbondale, Illinois is very far south of Chicago. There are many trees and there was lots and lots of rain on the drive down. This is a photo Robert snapped of an ominous blackish cloud. 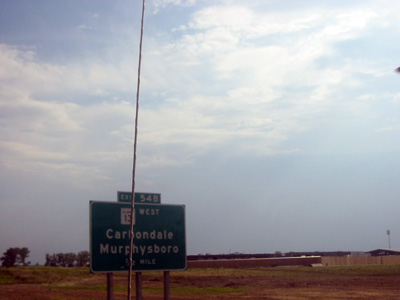 After about six hours or so of driving we finally made the turn on to HWY 13 and on to Carbondale. 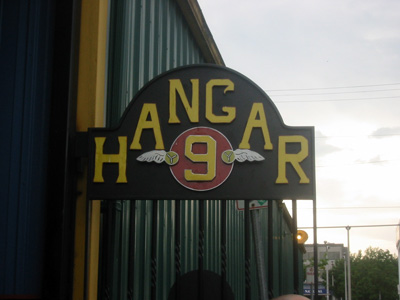 The venue was Hangar 9. They had a nice big stage and Ultimate Fighting on several TVs. 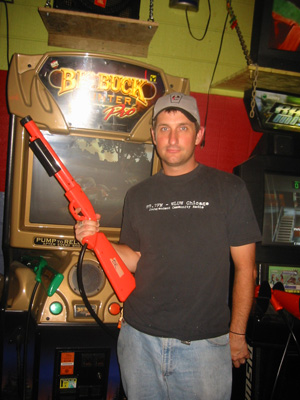 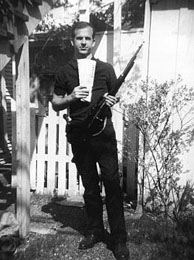 Killing presidents may be getting tough these days, but Big Buck Hunter Pro was even tougher. Here's John doing his best Lee Harvey Oswald pose. If you ever visit The Hangar you may see John's high scores on the Big Horn Sheep level... his alias is AAA—you've probably seen his distinct initials on a high score list at a pizza parlor near you. 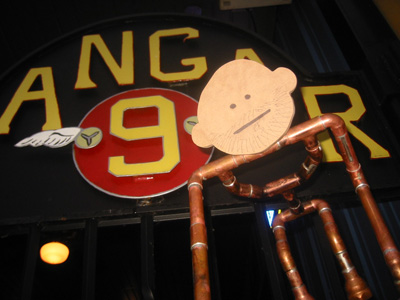 It took him a while to make it to the show, but Paul Brinkman finally showed up. 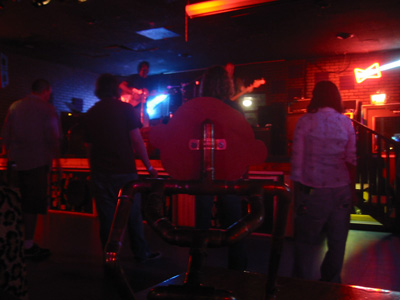 As usual, Paul was obstructing my view of the first band, The Moonbuggy Kids. 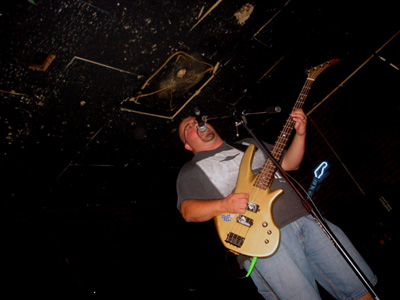 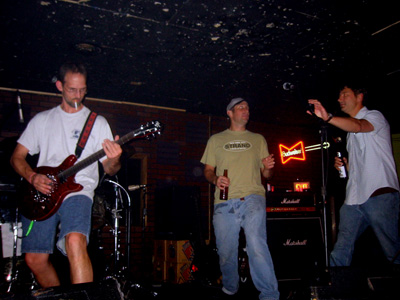 John and Brian provide backup harmonies during one of the DNA Vibrators' songs. That's Dave on guitar. 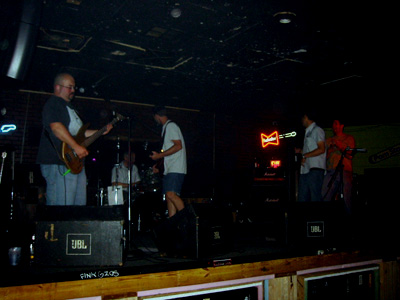 John and Brian attempt to find a way to gracefully leave the stage after their contribution. And, yup, that's Tony on the drums for DNA Vibrators.