Other Bands on the Bill Ruth Buzzy 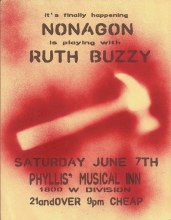 Here are a few blurry cameraphone photos from the show: 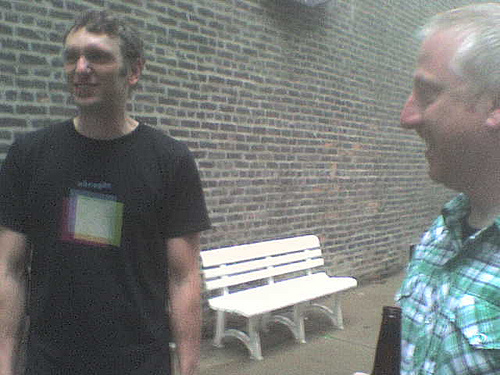 Jim and Tony. Jim is sporting the newly created band t-shirt we premiered that night. 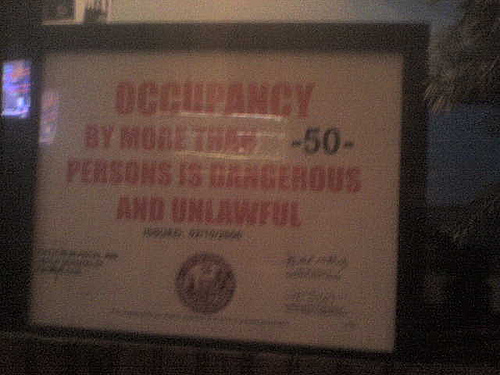 No wonder not that many people showed up. They feared for their lives. 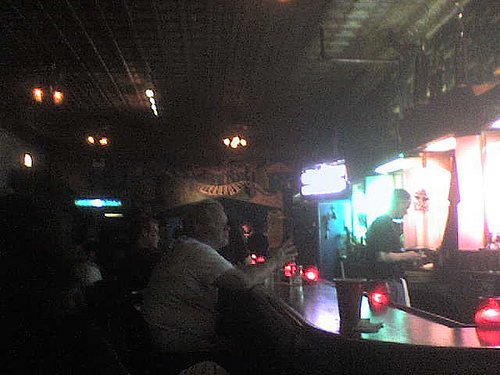 This was Robert's view of the Ruth Buzzy show. He was covering the door. $5 was apparently too steep for the Wicker Park preppies who popped in (as was $3 later in the evening). 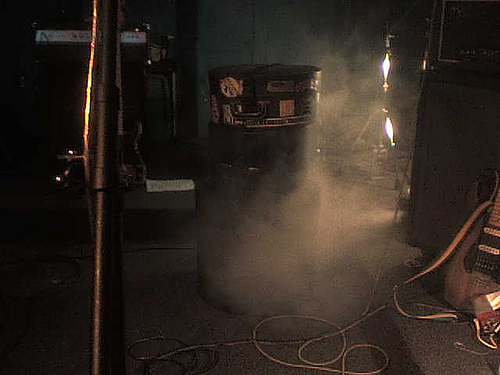 The Ruth Buzzy smoke machine and some drum cases.